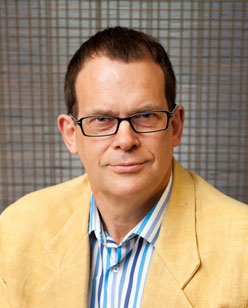 Associate Professor Doctor Gregory Davis was born in New Zealand, the eldest of four children, and grew up in a provincial city in the north island. He was a student at Hamilton Boys’ High School, keen on rugby and later rowed for the Senior Eight. He was Head Boy and academically successful in his final year.

After leaving school he went to the University of Auckland Medical School to study medicine and maintained a keen interest in sport, playing competitive squash and gaining a black belt in Tae Kwon Do. After graduation A/Prof Davis completed his residency in Auckland before commencing specialist training in obstetrics and gynaecology. After two years of training he moved to England with his wife, Dr Anne Clark (see contacts), also an obstetrician and gynaecologist, to complete specialist examinations. While living in London for five years, A/Prof Davis continued his training in Obstetrics and Gynaecology at Guy’s Hospital and completed an MD thesis on cancer of the uterus.

A/Prof Davis was appointed as a staff specialist at St George Hospital in Kogarah, Sydney in February 1996 with responsibility for high risk obstetrics at the Hospital. Since that time he has worked closely with the physicians who look after medical problems in pregnancy to develop a Risk Associated Pregnancy service which is responsible for the care of women with medical problems having babies at St George Hospital. He has also worked with the midwives at the Hospital to establish community-based maternity care by teams of midwives working with medical staff which care for women antenatally, during and after labour and delivery. He has provided the medical support for the midwife-led care in the Birth Centre at St George Hospital. This led to the establishment in 2005 of the only hospital-based home birth service in Australia.

In his private practice A/Prof Davis has focused on providing high quality service for pregnant women. He has a large obstetric practice looking after both high and low risk patients. He and his wife, who is a fertility specialist, continue to work together in the assessment and surgical treatment of women with fertility problems, particularly endometriosis. He has a general gynaecology practice with particular interests in the management of chronic pain and/or itch of the vulva and colposcopy.

For seven years until February 2012 A/Prof Davis was responsible for the supervision of the training of all the 170 junior doctors at St George Hospital in their first two or three years after graduation. This means ensuring that all their educational, occupational and social needs are met in the time they are in the St George Hospital network.

A/Prof Davis and his wife live in the inner west of Sydney and have two young adult children who are at university. His sports interests are restricted to watching rugby, walking and he is a keen cyclist, much to the horror of his family.

Some thoughts on childbirth:

Everyone would like to have a normal pregnancy, a quick, easy labour and delivery and breast feed their healthy baby without any problems. However, for 50% of women, having a baby will not be straightforward and this is often not predictable at the start of pregnancy. I like you to make the decisions with whatever help you need from me.

Childbirth is a stressful time in all sorts of ways and it is your responsibility to tell me if you are unhappy with either your health or how I have looked after you. I also enjoy being told that you are pleased with my care.